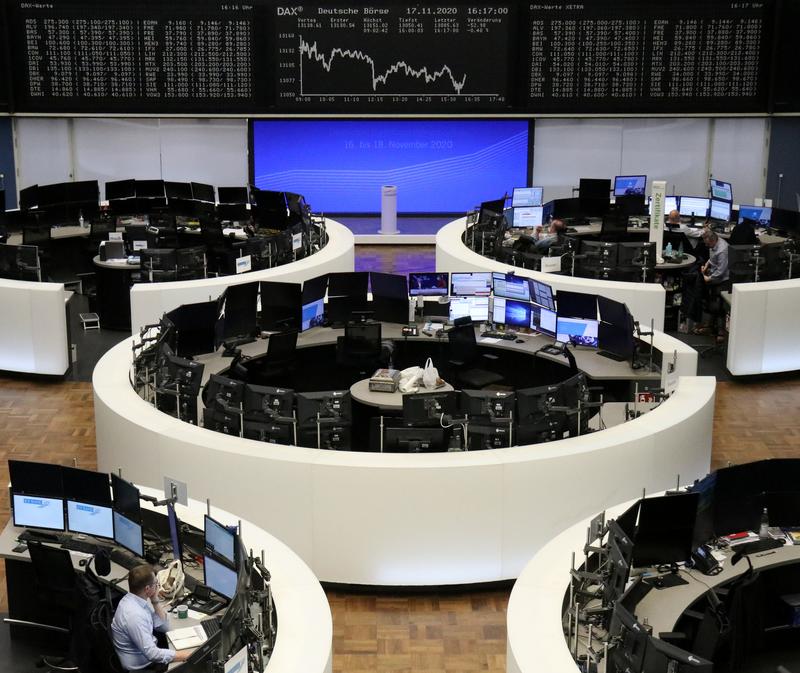 Short of spelling out his defeat after repeated false claims that he had won the Nov. 3 race, President Donald Trump said Monday he told the federal agency that must sign off on the presidential transition to begin the process.

This is all happening with the backdrop of upbeat COVID-19 vaccine news, including likely shots for some first responders in a matter of weeks and a highly successful so-called “vaccine for the world” that could be easily distributed across even the poorest countries.

“Investors anticipate a Yellen-led Treasury alongside Fed Chair (Jerome) Powell will deliver an unprecedented coordination of monetary and fiscal policy that will pump up the battered sectors of the U.S. economy,” said Edward Moya, senior market analyst at OANDA in New York.

The pan-European STOXX 600 index rose 0.91% and MSCI’s gauge of stocks across the globe gained 1.34% and is on track to close at a record high.

Bitcoin rose over 5% and has $20,000 in sight, with traders expecting volatility ahead due partly to Thursday’s Thanksgiving holiday in U.S. markets. Gold fell for the fifth session in six.

“Trading conditions are likely to be volatile for the remainder of the week and crypto traders should expect $1,000 swings in the matter of minutes,” OANDA’s Moya said of bitcoin.

In other currency markets the dollar was under pressure from Yellen’s expected push for fiscal stimulus, said Patrick Leary, chief market strategist and senior trader at Incapital in Minneapolis.

Gold hasn’t rallied on the dollar debasement trade that pushed it to an all-time peak in August because some investors have latched onto the view that bitcoin is a store of value, Leary said.

An index of emerging market currencies was little changed on the day. It hit a 2-1/2-year high last week.

Also spurred on by vaccine hopes, oil reached levels not seen since before the coronavirus pandemic began to spread in March.

“The possibility of having a vaccine next year increases the odds that we’re going to see demand return in the new year,” said Phil Flynn, senior analyst at Price Futures Group in Chicago.