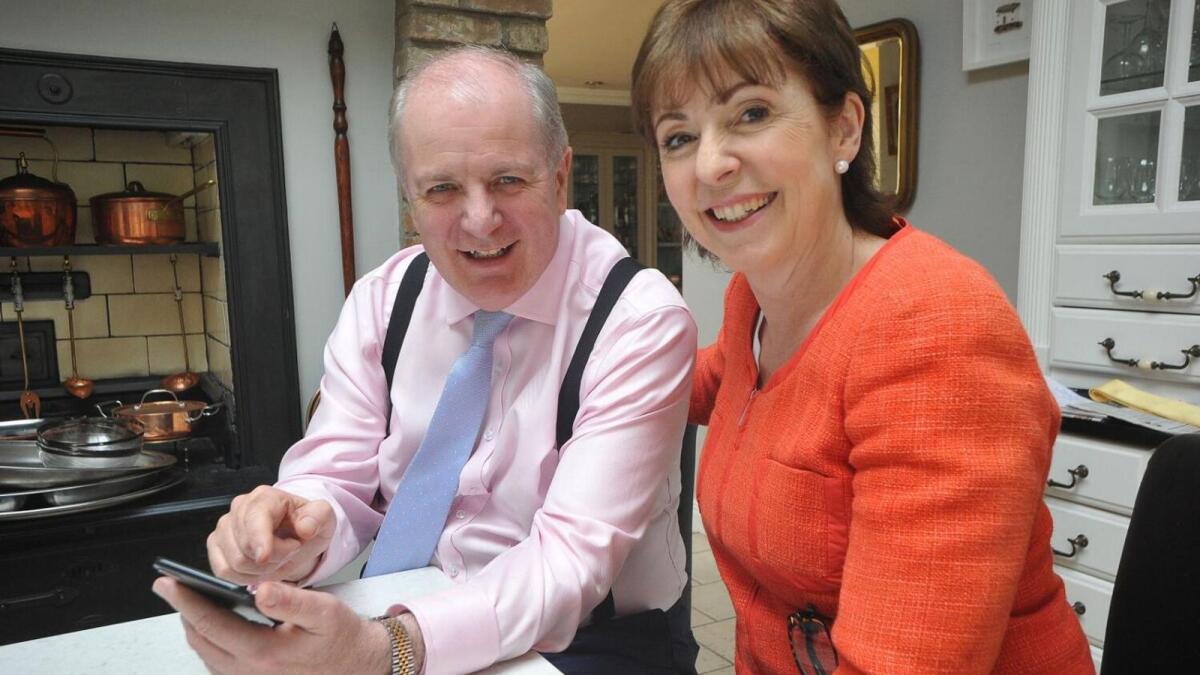 Former presidential candidate and star of Dragon’s Den, Gavan Duffy is alive and well despite recent Facebook posts that claimed he was dead!

The Bellewstown man is currently battling to remove the posts which include untrue stories that he has made a fortune investing in Bitcoin.

“We have a lot of phone calls from people who were offering condolences and looking about funeral arrangements and I’ve also been contacted by people who have lost money because of the scam.

“The farewell to Gavan Duffy posts were just clickbait which led to the story that I had made millions from Bitcoin.

“I have never ever invested in Bitcoin or any digital currency,” he said.

Mr Duffy’s aunt in the US celebrated her 90th birthday recently and as members of her family were arriving to visit her, text messages were being sent among the various cousins to ensure they didn’t “tell her Gavin was dead”.

“Luckily enough my immediate family were wise enough to realise their Dad’s face was recognisable from something he did on television and that’s why it was being used.”

The elaborate hoax suggests that the government is getting annoyed because of Mr Duffy’s investment in Bitcoin and convinces readers to invest in it through them.

“We have solicitors and a cyber security company working on this.

“It seems the company pay $40,000 a month on advertising this, so they must be making multiples of this.”

“Sarah Holland of Risk Eye, the security company says that I suit their purposes well, because if someone reads that and googles me, they get stuff on my bid for the presidency and Dragons Den and they think it is legitimate.”

The people behind the scam have a website in Singapore and an answering machine in Panama.

“There are a lot of people who are at home in the UK that have saved a bit of money because they haven’t been socialising, read this and decide to invest a few bob sterling in Bitcoin. They lose their money and then the people doing this have their bank details as well,”

Mr Duffy said that if you are frequently reported as being dead, it can also make it easier for someone to ask to close your account and transfer funds elsewhere.”

He explained that his lawyers have been in contact with Facebook warning them to remove the ads.

“It is costing me a lot of money with security and solicitors, but I am hoping this will be the end of it, once and for all,” he said.